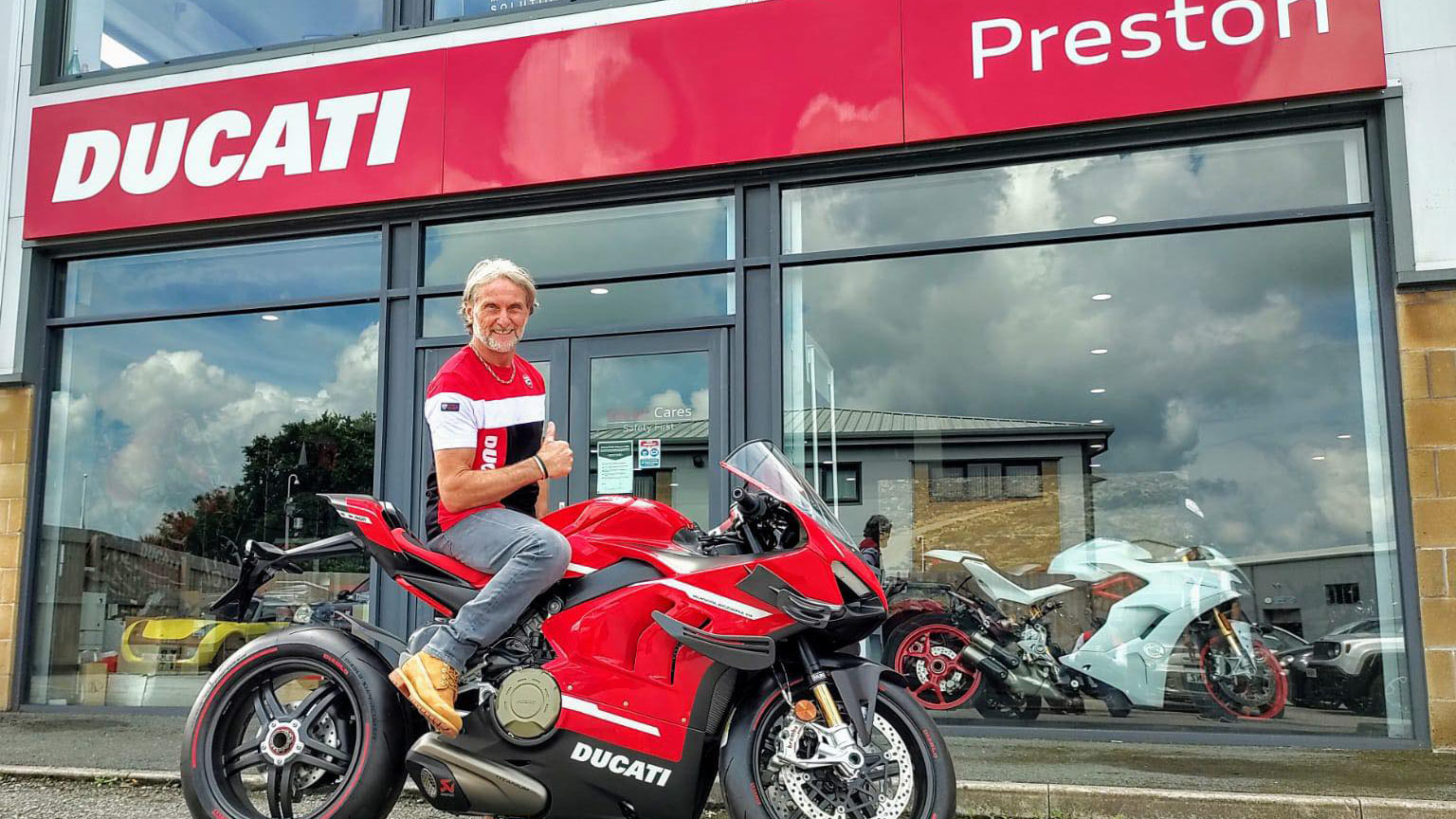 Ducati Manchester has signed up Ducati legend to join their family as brand ambassador.

Fogarty will work closely with the management team, attend various events at dealerships across the group as well as track days and ride-outs. He will also review new Ducati models, promote apparel and be the figurehead for Ducati Manchester Group across social media channels and marketing.

Carl Fogarty and Ducati are intrinsically linked thanks to Carl’s incredible record as a Ducati rider in the World Superbike Championship. Fogarty has remained close to Ducati attending numerous Ducati events, press launches and race meetings since his retirement. His love for Ducati during this time has remained undiminished and has led to a close relationship with Chris Booth, owner of the Ducati Manchester group. 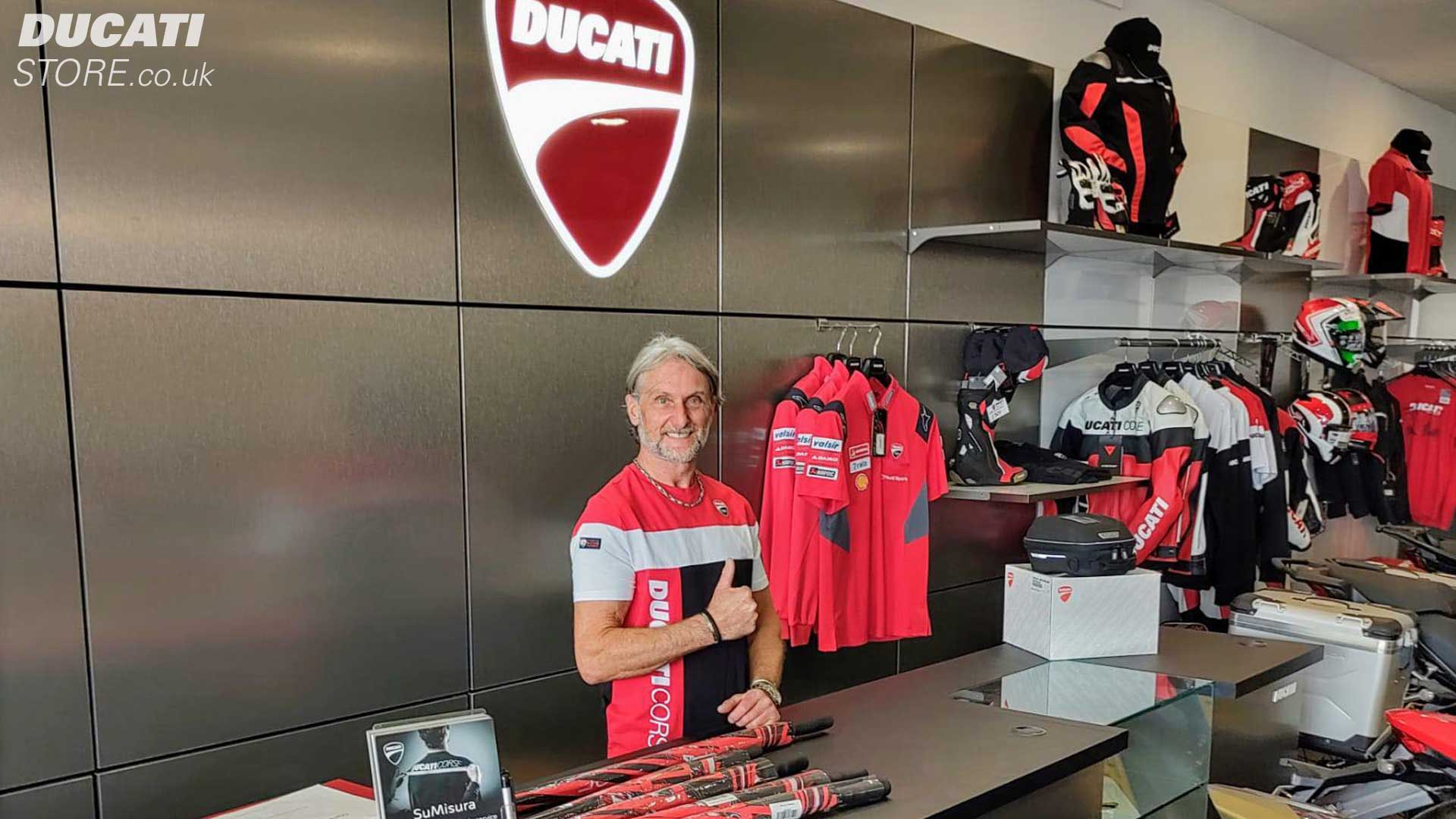 Chris Booth has been friends with Carl for a number of years and was keen to bring Carl on board as part of the ever-growing Ducati Manchester family. The Ducati Manchester group now includes dealerships in Manchester, Preston, Stoke, Worcester and most recently Glasgow.

Chris Booth, owner of Ducati Manchester
‘Carl is the reason I fell in love with Ducati back in the late 80’s, early 90’s and I guess I can thank him for inspiring me on this incredible journey with Ducati and Ducati Manchester. I am extremely proud and pleased that Carl will be joining our team working closely with us to help keep us leading the way. He will help promote Ducati Manchester with the same passion and success he has had in his career.’

Carl Fogarty
‘I have known Chris Booth as a friend for a long time and have seen his Ducati Manchester Group go from strength to strength. It feels like I’m back where I belong – with the motorcycle manufacturer and brand that I’m most associated with because of my racing success with Ducati… it’s good to be home! The fans still love those glory days of superbike racing and I’m looking forward to reconnecting with Ducati fans and customers up and down the country at Ducati Manchester Group stores.’ 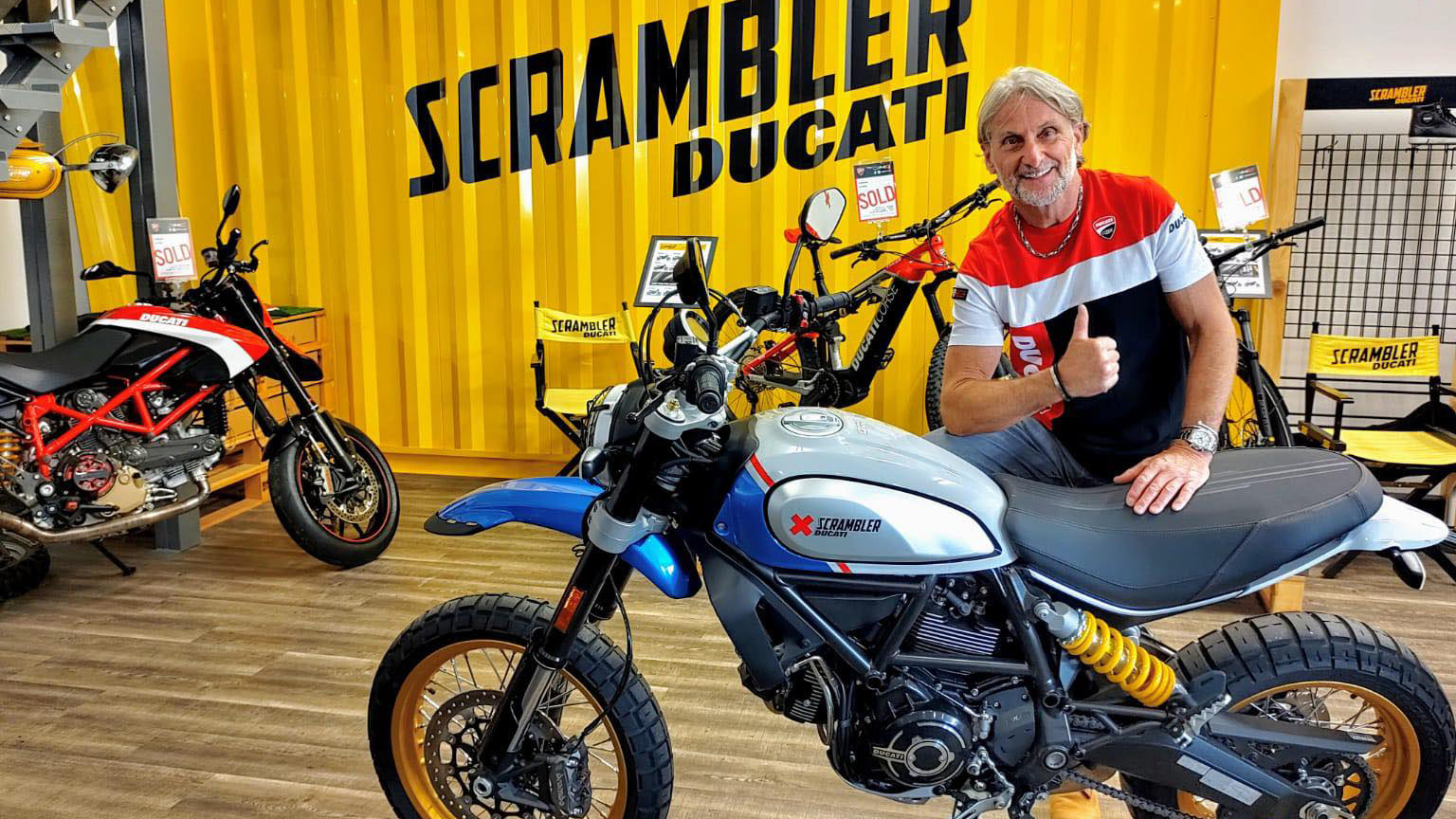 Tim Maccabbe MD Of Ducati UK
‘Carl is not only synonymous with Ducati but also well-known for his North West of England roots – coming from Blackburn. It’s therefore very appropriate to see him teaming up with Chris Booth and representing the Ducati Manchester Group with Dealerships running up the western side of the country. It’ll be a real pleasure, as it always has been, to see Carl aboard the latest Ducati motorcycles, at events and saying hello to his Ducati fan-base’.