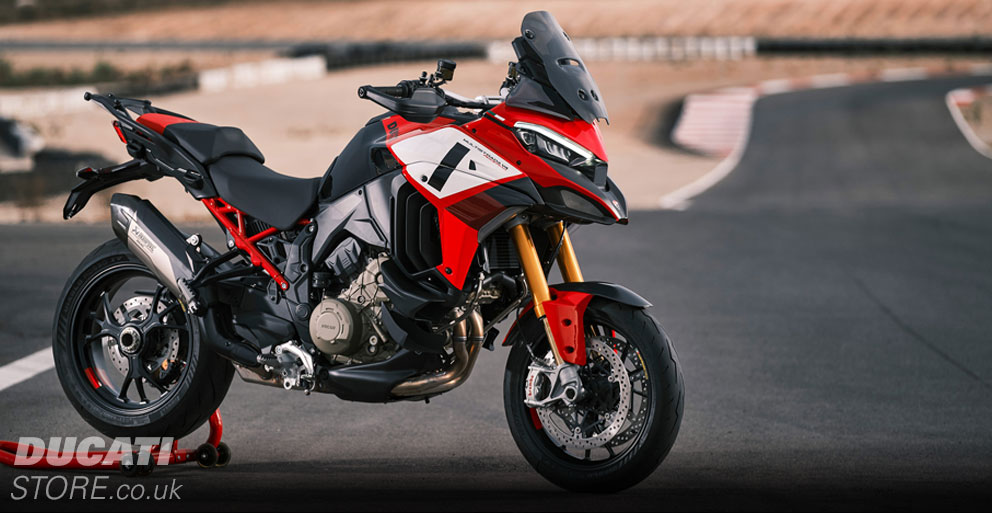 Episode 3 of the Ducati World Premiere 2022 (Rule All Mountains), saw the introduction of the new Multistrada V4 Pikes Peak. 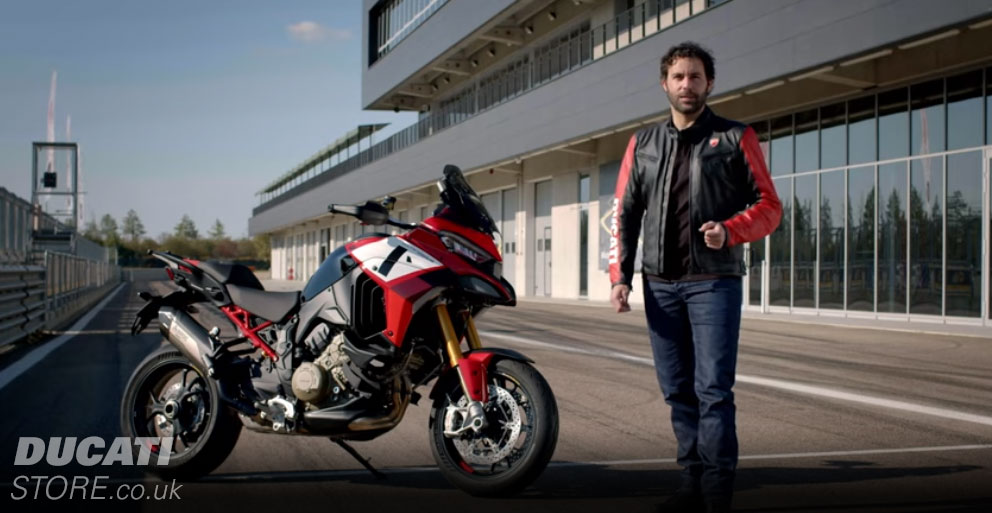 The Sportiest Dual in the World!

The evolved technology of the Multistrada V4, meets the racing character of Ducati tradition. Riders who seek the perfect apex through every turn, whether on track or on mountain passes. 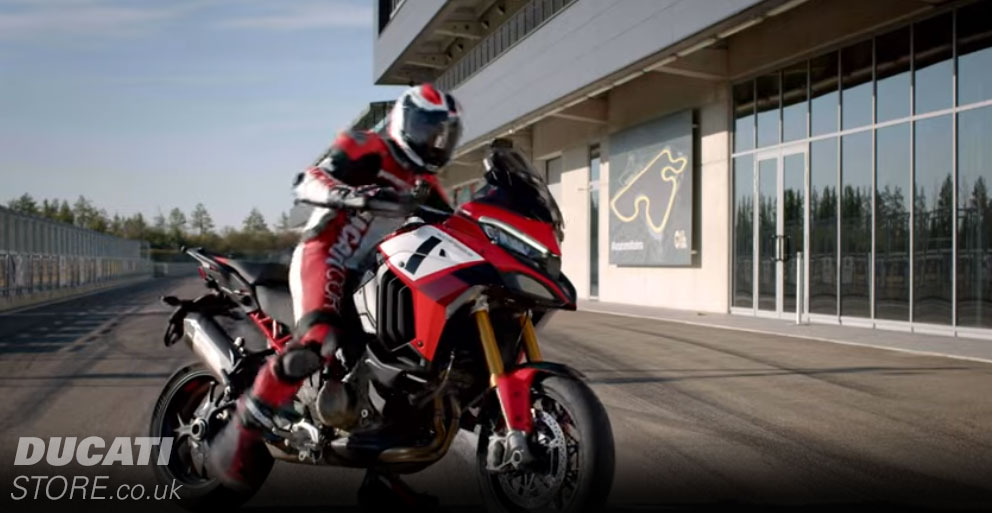 Aggressive and technologically advanced, the Pikes Peak is designed for Ducatisti, who are looking for long-range comfort as well as the excitement of pure performance. 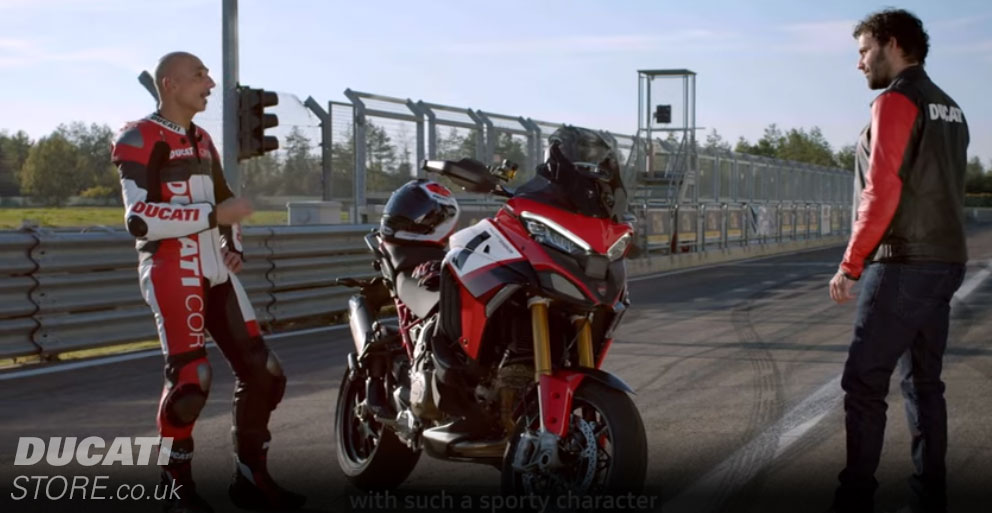 The sportiest dual sport in its class, and the most race-orientated Multistrada of all time. From hairpin mountain bends, to the kerbs of the racetrack.

Full press release from Italy can be read here 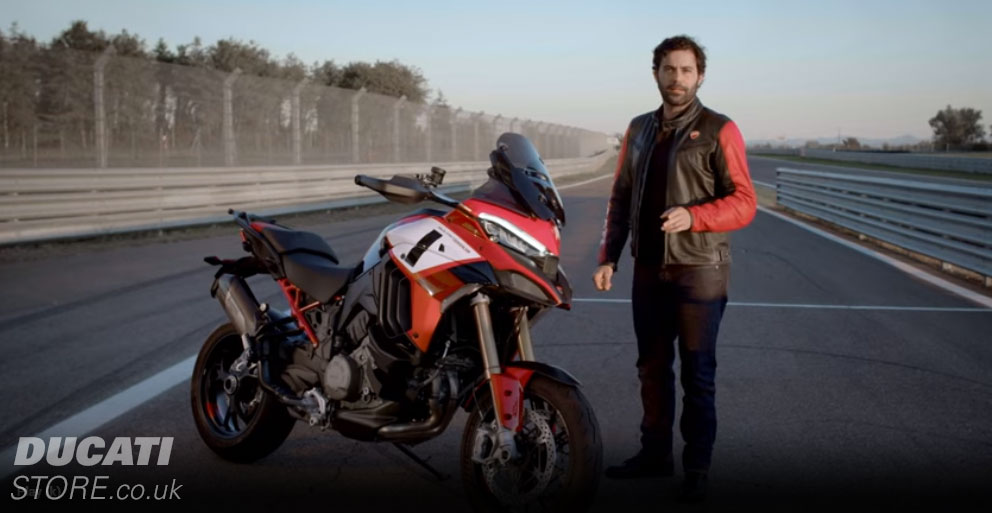 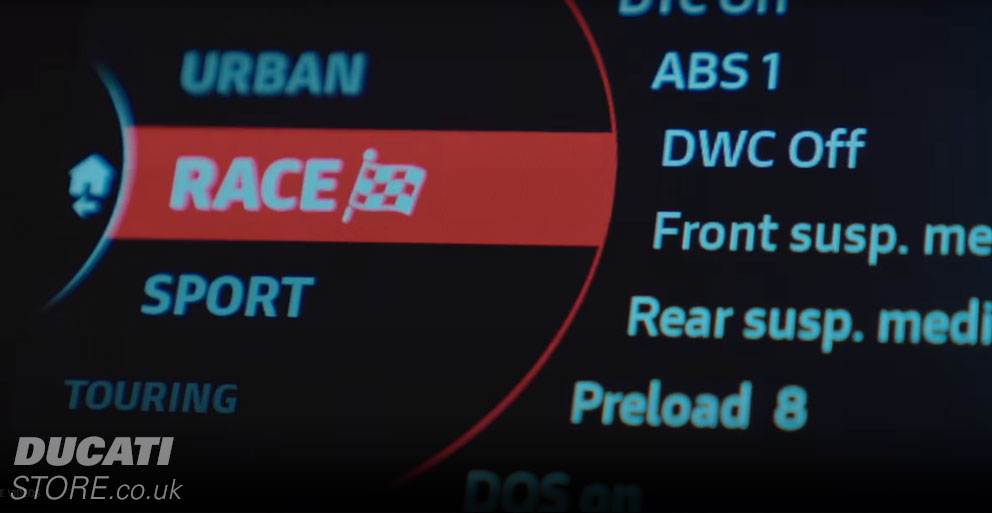 A bike that is sharp, precise and effective even on the track. The Multistrada V4 Pikes Peak is not only the sportiest Multistrada ever, it is also the most powerful model in the entire crossover segment.

Exciting and adrenaline-fueled, it is powered by the V4 Granturismo engine, capable of delivering 170 hp at 10,500 rpm and guaranteeing high performance in sporty riding thanks to new electronic management strategies.

The new multistrada V4 Pikes Peak will be arriving in our showrooms December 2021, priced from £24,595 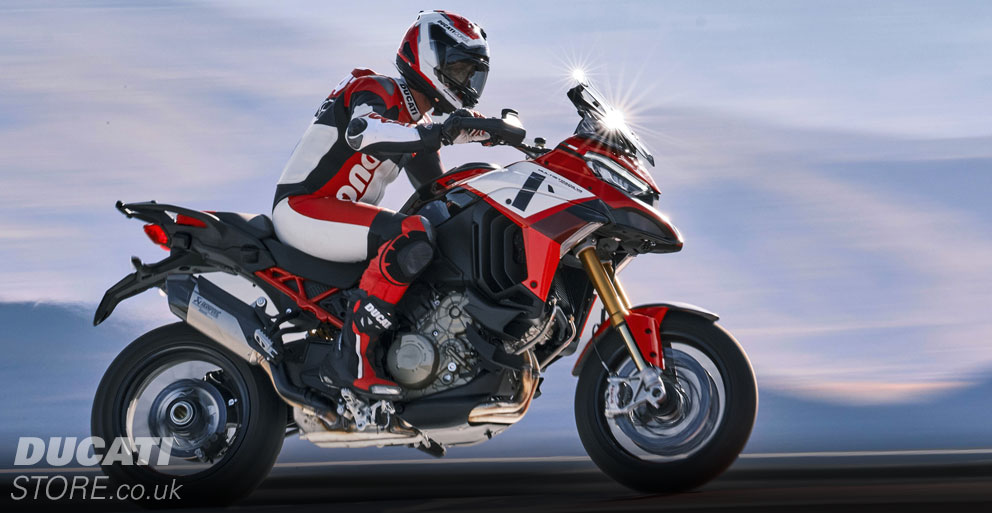