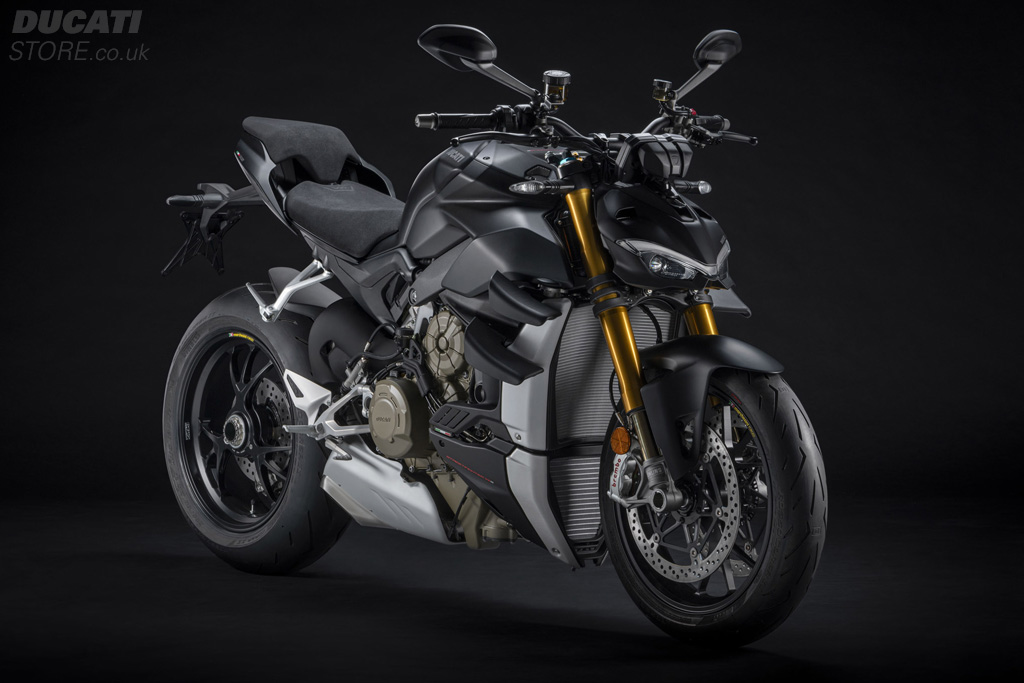 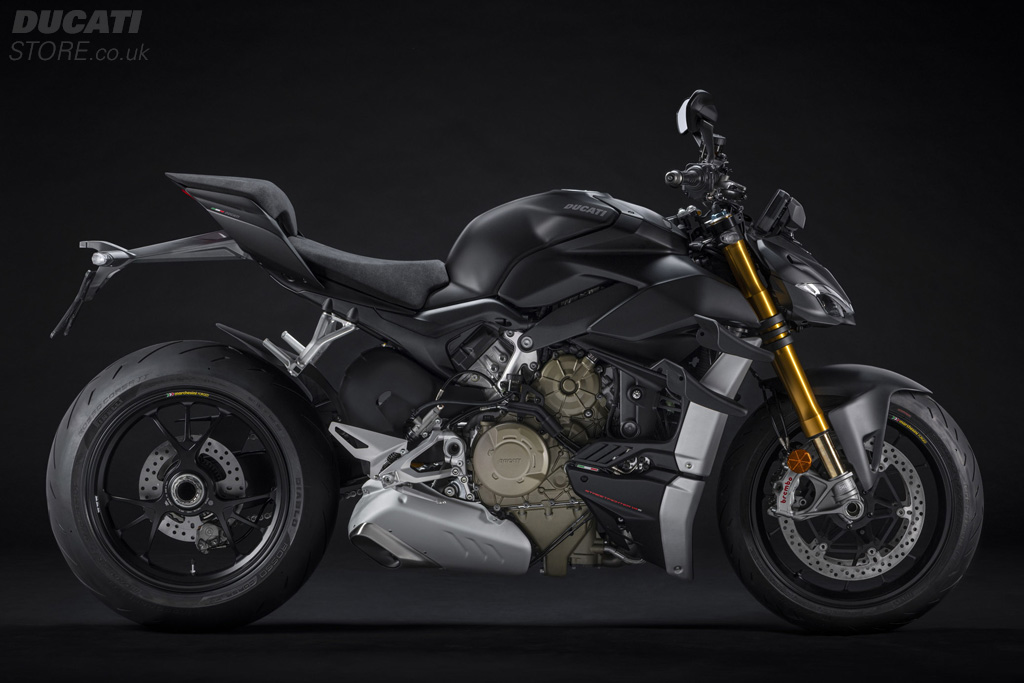 Limited numbers of the 2021 Streetfighter Dark Stealth will be heading to our showrooms very soon.

Order deposits are being taken now.

Contact one of our showrooms for more details. Ducati Manchester, Preston, Stoke and Worcester. 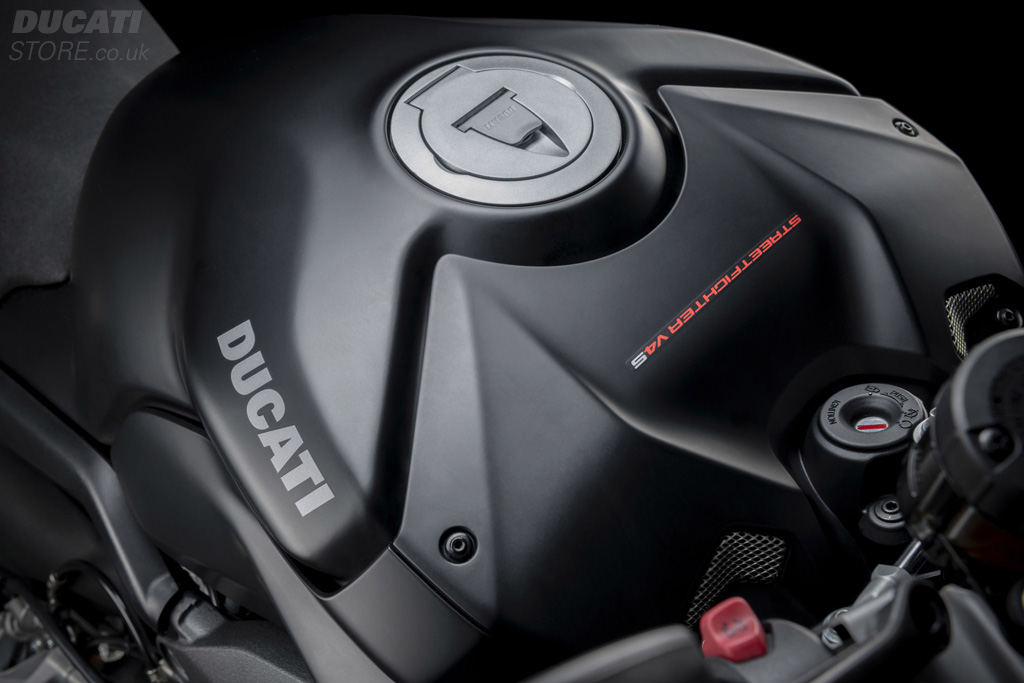 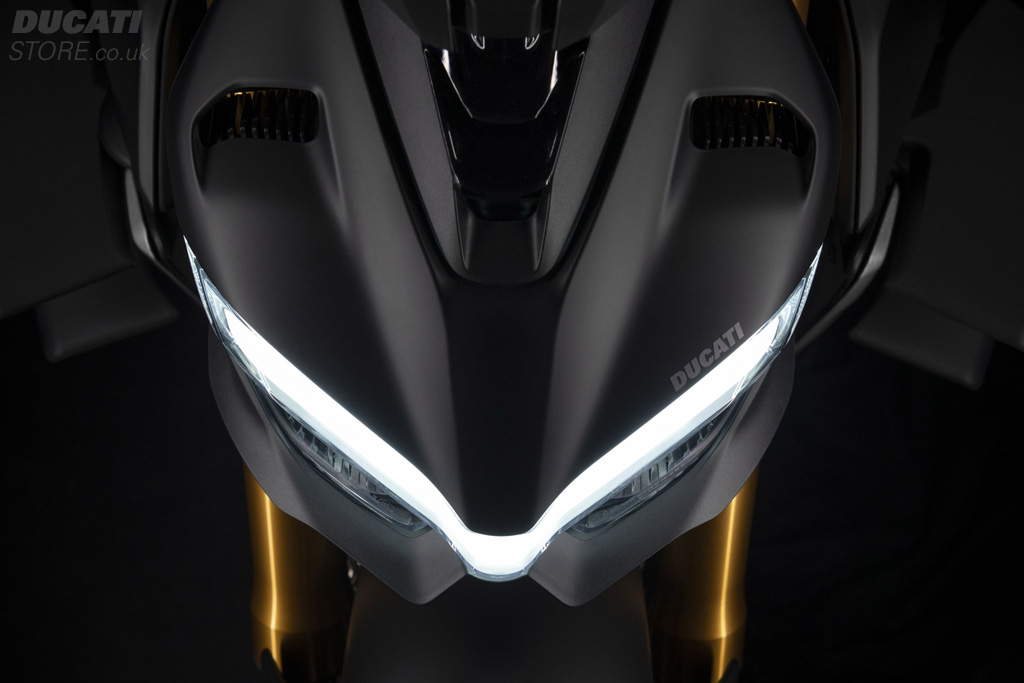 Borgo Panigale (Bologna, Italy), 23 October – For 2021 Ducati presents the Streetfighter V4 S in a new Dark Stealth colour scheme, which joins the sporty Ducati Red. Furthermore, all models in the Ducati Streetfighter V4 range become compliant with the Euro 5 anti-pollution legislation in all countries where it is in force.The Streetfighter is the result of the “Fight Formula”: the Panigale V4 stripped of the fairings, with a high and wide handlebar, 178 kg on the scale, powered by 1100 cc Desmosedici Stradale delivering 208 hp kept in hand by biplane wings and a complete electronic package. The modern and technological Ducati naked bike has immediately enjoyed great success among motorcyclists all over the world, also confirmed by the positive feedback from the international media.Dark Stealth is a matt black colour that represents the perfect chromatic choice to show the aggressive side of the ultra-naked Ducati.With the arrival of 2021, all the bikes in the Ducati Streetfighter V4 range become compliant with the Euro 5 anti-pollution regulations, maintaining maximum power and torque values ​​unchanged, but repositioned at different engine speeds. The Streetfighter V4 Euro 5 has a power output of 208 hp (153 kW) at 13,000 rpm (250 rpm higher than the EURO 4 version) and a torque of 12.5 Kgm (123 Nm) at 9,500 rpm (2,000 rpm lower than the EURO 4 version). These values, obtained thanks to a new calibration and the new exhaust, make the bike even more enjoyable on winding roads.To comply with the new European standard on polluting emissions, various modifications have been made to the Desmosedici Stradale exhaust line and to the engine calibration.The silencer, unchanged from an aesthetic point of view, uses larger catalysts (+10 mm in length) and with a new technology of impregnation of noble metals, essential for maximizing the ability to convert polluting gases. The lengths and dimensions of the exhaust primaries of the rear bank have been optimized to minimize the ignition time of the catalytic converter, while maintaining engine performance unchanged.Compared to the Euro 4 models, the manifolds of the rear bank have been shortened by 100 mm and reduced in diameter, going from 42 mm to 38 mm. The new component allowed the introduction of a more compact rear heat shield integrated into the body of the bike. Always with the aim of limiting emissions is the introduction of 4 lambda probes, one for each cylinder, which allow a more refined control of the amount of injected fuel.All Streetfighter V4 models in the 2021 range are fitted with new front brake and clutch pumps, both self-bleeding and derived from those used for the first time on the Superleggera V4. The body of the new pumps has been designed with a configuration that allows a ‘natural’ bleeding, thus eliminating the need to intervene on the system in the event of air present in the circuit.The entire Streetfighter V4 range for 2021, including the Dark Stealth colour scheme for the “S” version, can already be ordered in Ducati dealers, with the ‘Dark Stealth’ version available before the end of 2020 at an SRP of £20,295.