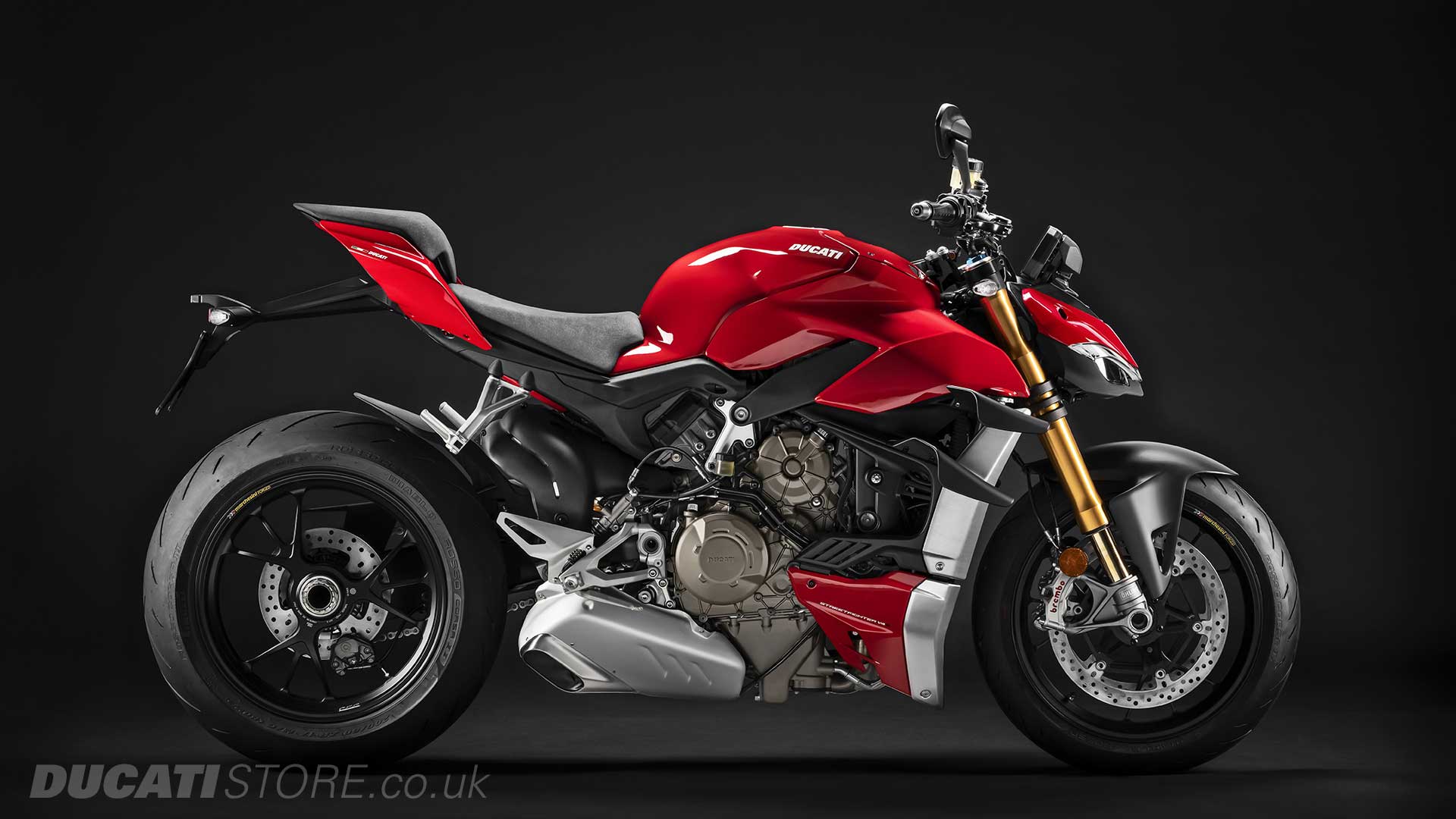 Unveiled at World Ducati Premiere 2019, the Streetfighter V4 S is an all new model to the Ducati collection available at Ducati Manchester.

The Panigale V4, stripped of its fairings and with high, wide handlebars. This, in short, is the underlying concept of the new Streetfighter V4 S, a bike that magnifies the thrill of the ride every time it takes to the road.

The result? An unrivalled naked bristling with cutting-edge technology and an awe-inspiring design that oozes pure performance.

For 2020 the Streetfighter V4 S is available in 1 colour choice:
Ducati red with dark grey frame and black wheels 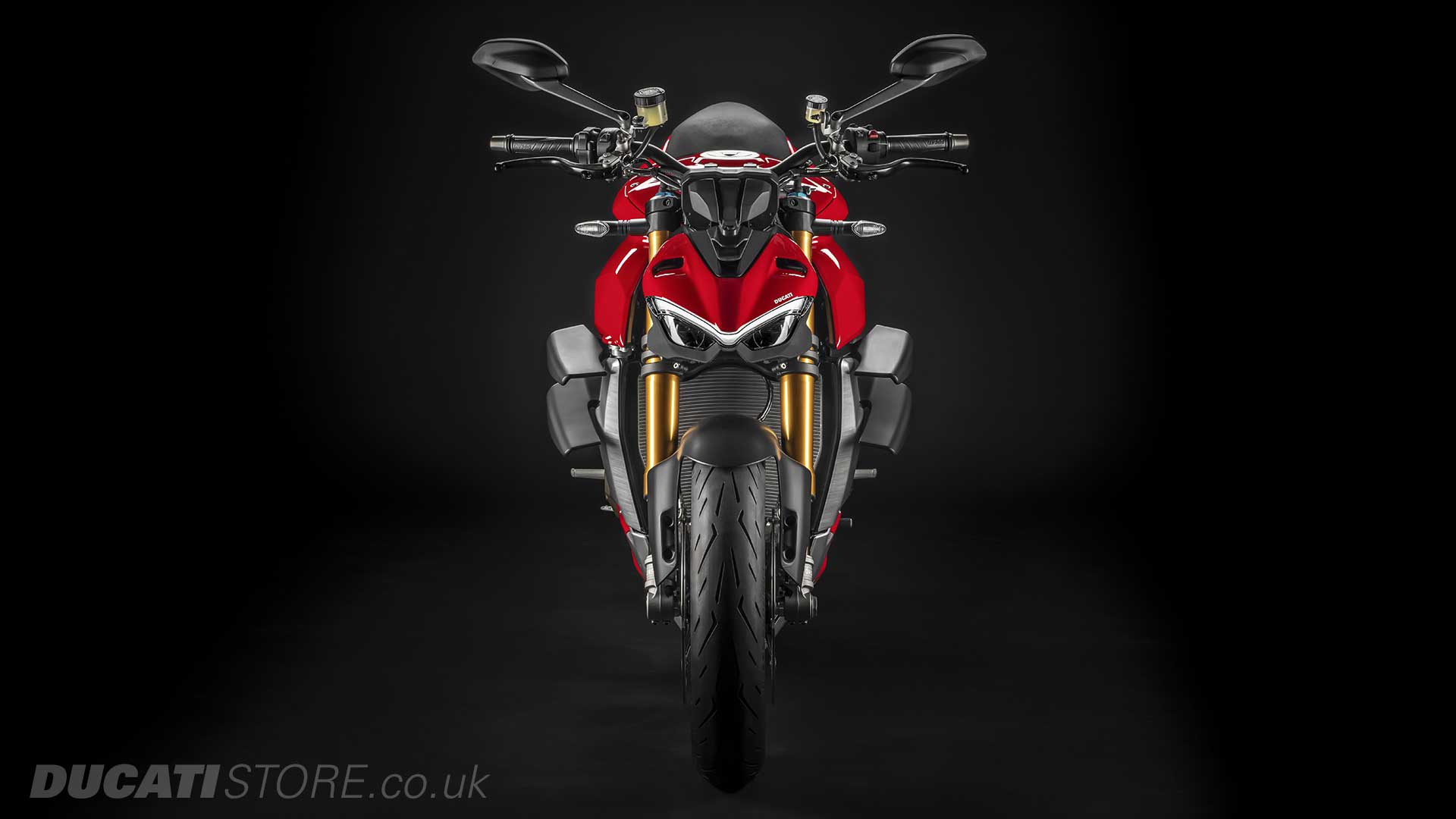 The minimalist full-LED headlight captures the spirit of the Streetfighter V4 S perfectly. On the one hand, it recalls the front of the Panigale V4 and, on the other, evokes the crazy grin of the Joker (the comic strip character from which the Ducati Style Center drew inspiration for this new Bologna-built naked). Already featured on the Panigale V4 and SuperSport, the V-shaped DRL is another clear Ducati hallmark.

Video of the Streetfighter V4 S

For 2020 Ducati have a selection of stylish and functional parts and accessories made specifically for the Streetfighter V4 S.

Get in touch with us today to arrange a test ride, enquire about financing, or learn more about the new Streetfighter V4 S.

We offer a range of affordable finance options on new & used motorcycles.

Parts and Accessories designed specifically for your Streetfighter V4 S