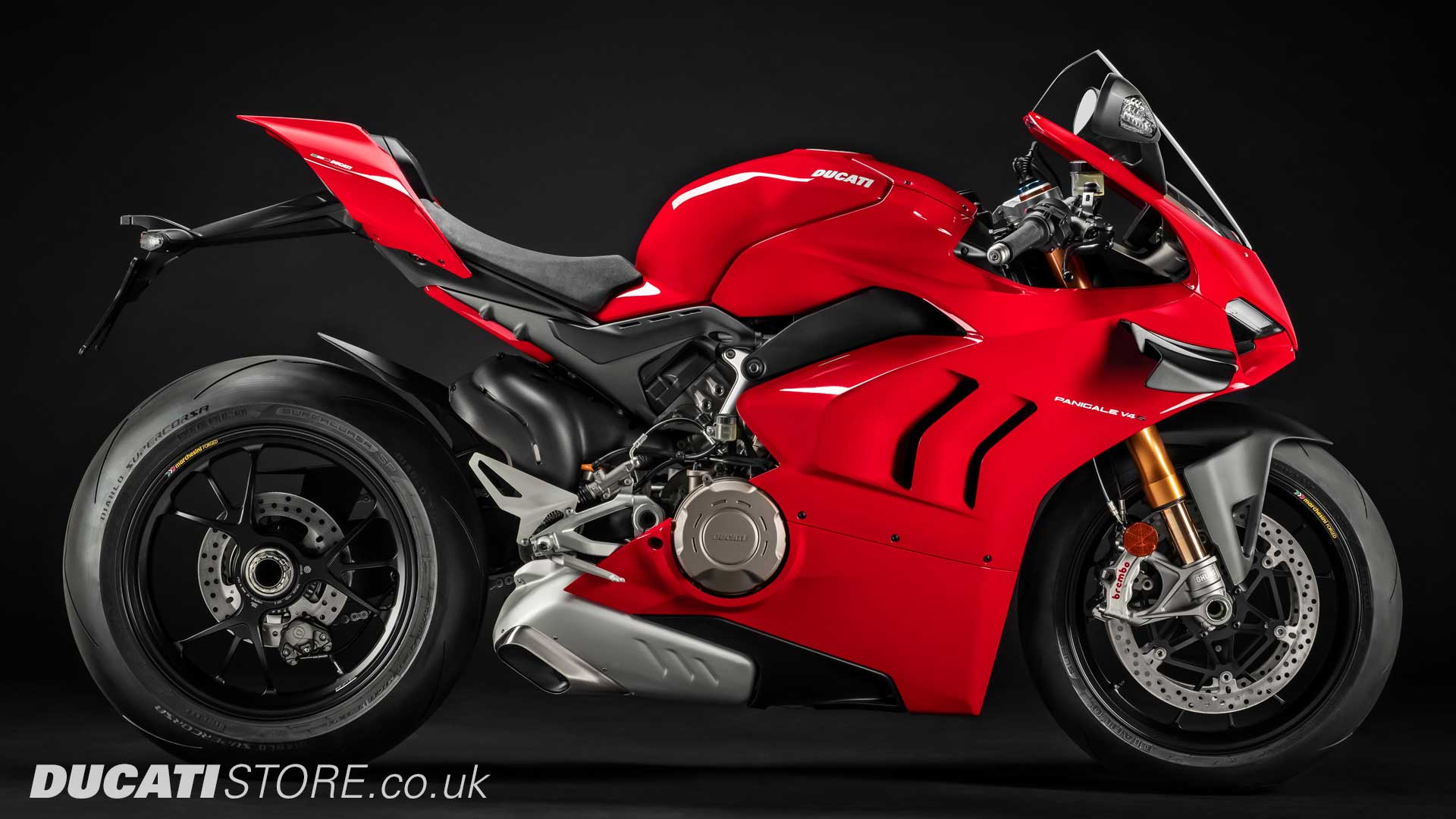 The 2020 version of the Panigale V4 boosts performance even further and takes track riding to the next level for amateurs and pros alike.

For 2020 the Panigale V4S is available in Ducati Red 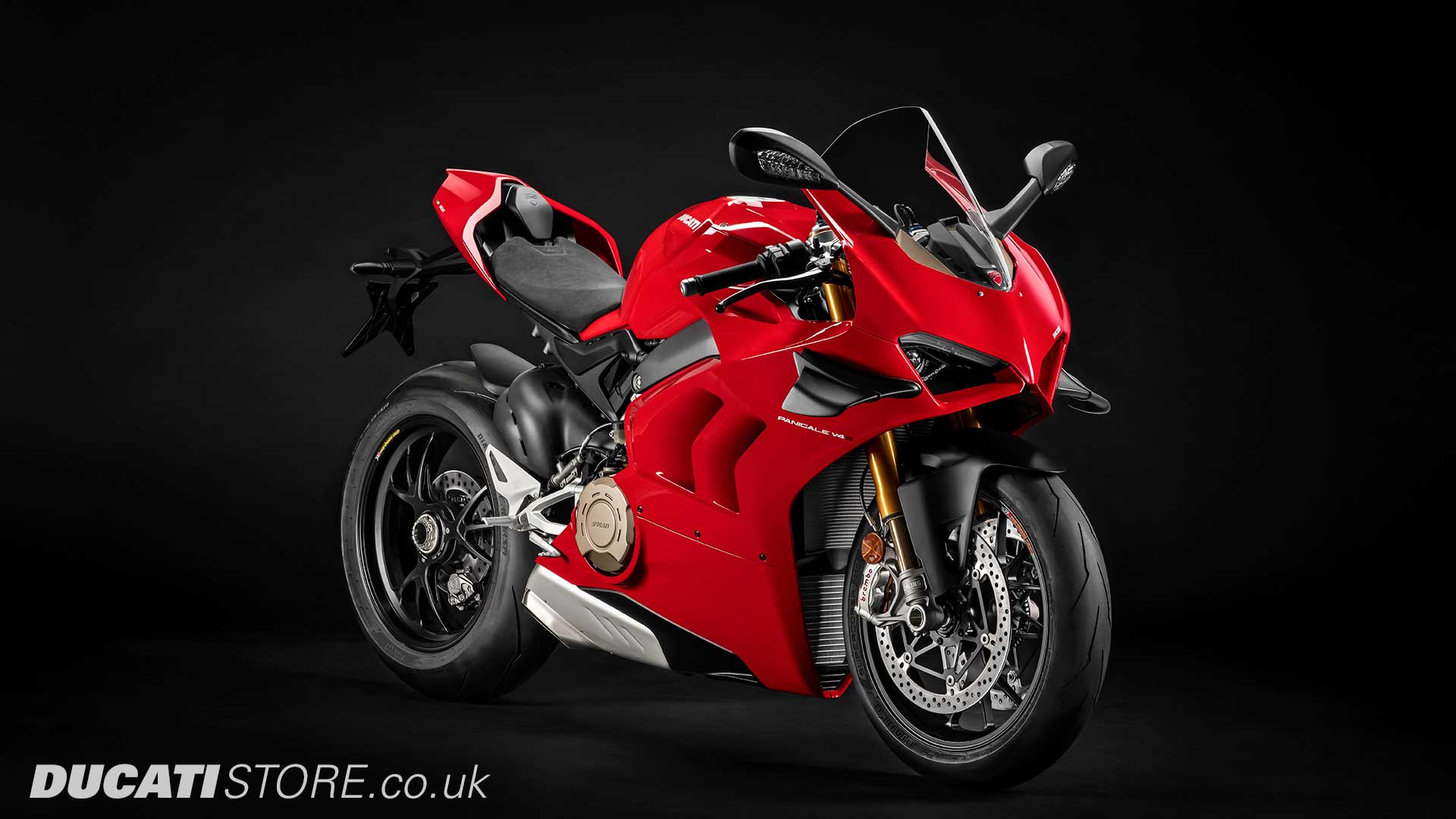 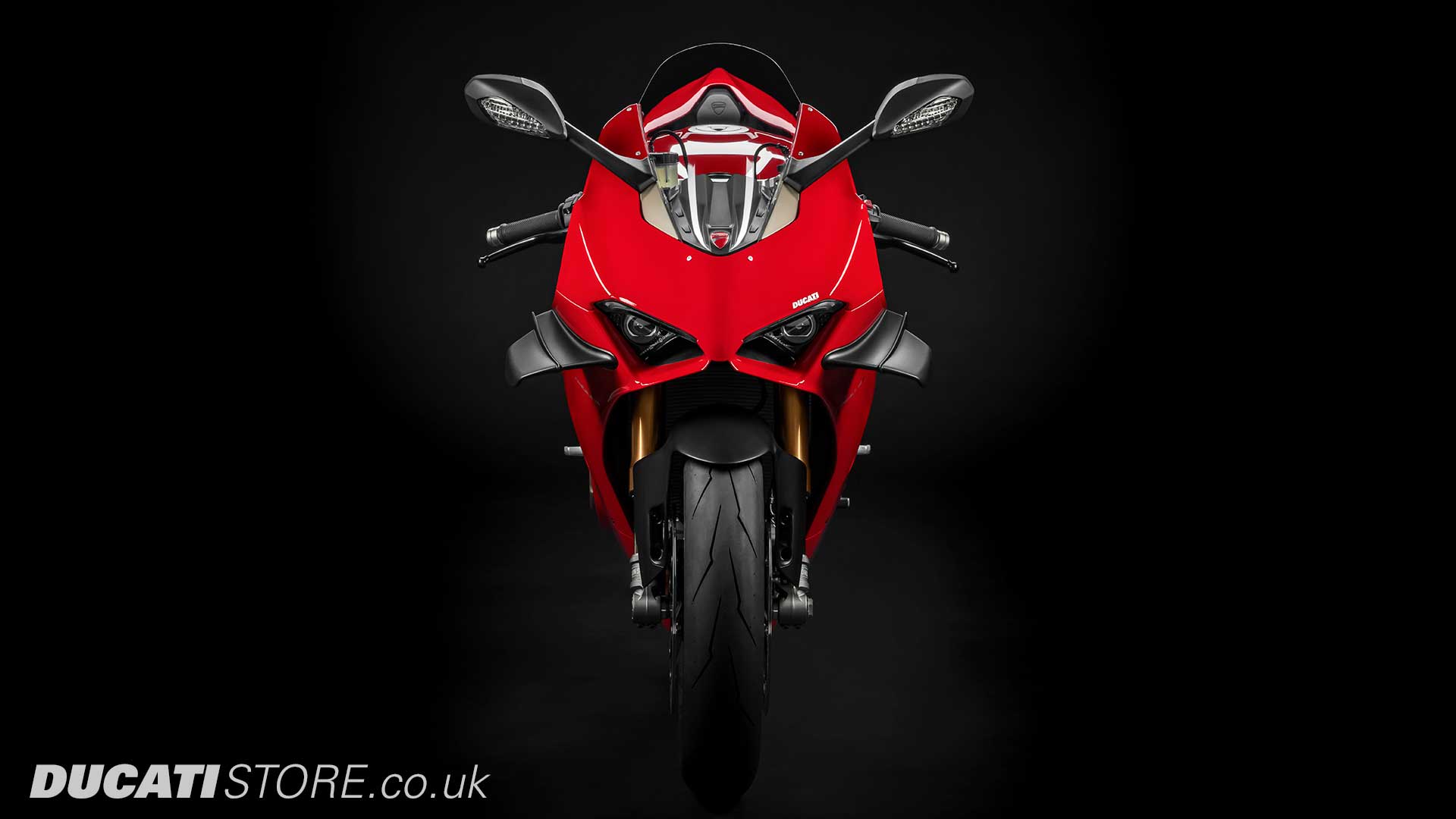 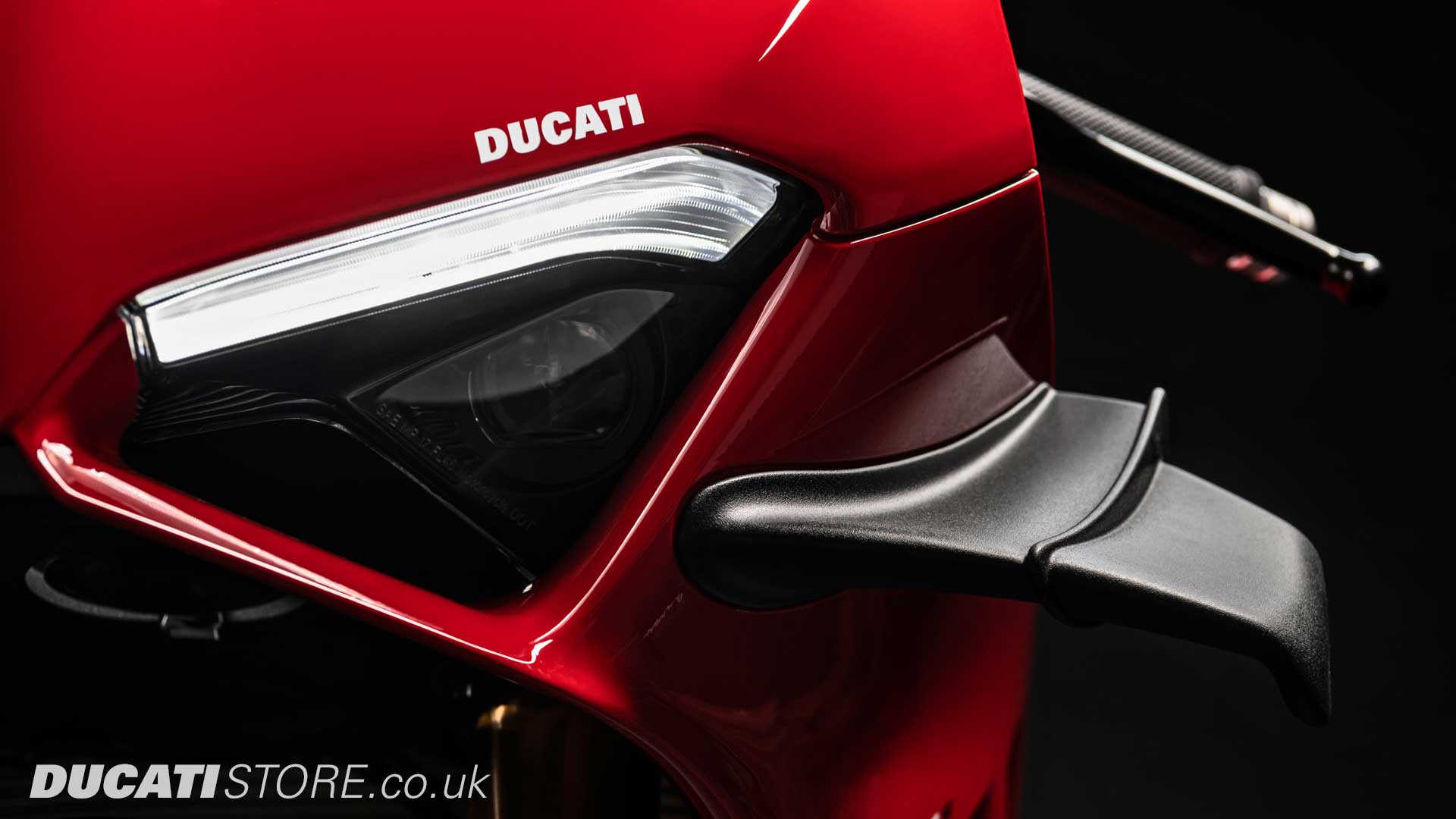 Co-developed by Ducati Corse and the Ducati Style Center, the Panigale V4S MY2020 aerodynamics package now mirrors that of the Panigale V4 R. The result; fairings that - in true Panigale style - meet official Ducati Superbike requirements in full.

The lateral fairings have been widened considerably (+38 mm per side) with the dual aim of reducing on-rider airflow impact and maximising aerofoil efficiency.

On the sides, the stylish air vents of the Panigale V4 have been replaced by more efficient ones that increase air through-speeds on water and oil radiators by 6% and 16% respectively.

New changes for 2020 for top performances

The Panigale V4 is powered by the 1,103 cm3 Desmosedici Stradale (banked 42° back from the horizontal), a MotoGP-derived 90° V4 with Desmodromic timing, a one-of-a-kind engine featuring a counter-rotating crankshaft and Twin Pulse firing order. The engine can deliver 214 hp at 13,000 rpm and a torque of 12.6 kgm at 10,000 rpm, making for awesome road riding.

Major changes on the Panigale V4S MY2020 chassis have seen the introduction of the Front Frame. Built according to Ducati Corse specifications, the latter features a special suspension set-up with a higher barycentre, an increased chain pull angle and improved use of suspension travel. Thanks to these modifications, the bike is easier to lay into the corner when you ease off the brakes, gets to the apex faster, soaks up any pits or ripples more effectively and behaves more neutrally out of the corner.

The electronics package oversees every aspect of the ride: some controls supervise start, acceleration and braking, others govern traction and others again lend a helping hand on corners and out-of-the-corner stretches.

The operational parameters for each of these controls are associated by default with the three Panigale V4 Riding Modes. Riders can personalise parameters to suit their riding style or restore Ducati factory settings. DTC, DWC, DSC or EBC control levels can be adjusted quickly via the left switchgear.

For 2020 Ducati have a selection of stylish and functional parts and accessories made specifically for the Panigale V4S.

The Panigale V4S at Ducati Manchester

Get in touch with us today to arrange a test ride, enquire about financing, or learn more about the new Panigale V4S.

We offer a range of affordable finance options on new & used Panigale motorcycles.

Parts and Accessories designed specifically for your Panigale.